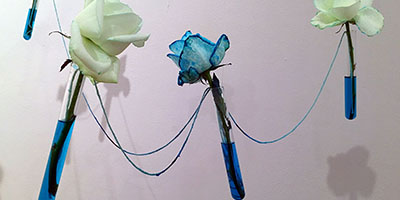 Three artists from Horde Aura Raulo, Catalina Renjifo and Katie Taylor collaborated together to produce work for ‘The Socio-Parasitology Manifesto Exhibition’ at Bow Arts in London.

The installation ‘The Extended Self’ challenges ideas at the root of biological individuality and moves away from Western individualistic ideologies which present human beings as conscious, unique and therefore inevitably disconnected entities, where humans believe themselves to be masters of the system rather than part of it. Galilei noted that we are not at the centre of the universe, Darwin noted that we are not so different from other living beings, Freud noted that we do not possess power over even our own mind. Shifting our perception from ego to eco-centric, Modern Microbiology raises our awareness that many of our bodily processes are composed by genes that are in fact not ours, but belong to the symbiotic bacteria living on and inside us.

The ability of the microbiome to protect us is the cause of a major ontological identity crisis in Biology. This is because unlike other bodily processes, the microbiome doesn’t stay in one place, it flows between and among individuals and their environments, connecting us all into one biological being. Since our immune system is a cornerstone of our biological identity, the definer of “self” from “nonself”, what does it mean that part of it is continuously shared and exchanged among individuals? In our proposed installation, microbiomes are depicted as coloured water representing a primal essence of life and feeding individual flowers. The essence reflected on the individual travels through a network of chromatographic thread, forming gradients where it connects two individuals with different microbiomes. Flowers connected to others will share and mix their essence and this will be reflected by colour changes. Individual flowers with only a few connections will have a fainter colour than those with many connections, depicting the resilience and strength of the most interconnected individuals with the most diverse essence.

THE SOCIO-PARASITOLOGY MANIFESTO EXHIBITION is based on a Manifesto written by Sabrina Mumtaz Hasan and focuses on the positive aspects of migration, through the lens of the parasite.

During this pivotal period of political change, The Socio-Parasitology Manifesto entails an exhibition of artworks in response to Hasan’s working model Socio-Parasitology. The ambition of this exhibition is to put into discussion the positive parasite-host relationship, as a means of exercising new methods aimed at finding social change by editing the current pejorative perspective of human bodies behaving parasitic towards each other and new hosting environments. The exhibition aspires to further develop the ethnographic context of the social body inclusive of the immigrant – expanding it in an interpersonal science-led narrative as a means of interrogating our existence, usage and value in the current political crisis. The exhibition is in lead up to Brexit and is a polemic act of resistance for positive change in the UK in supporting minority groups, immigrants and the communities we live in. 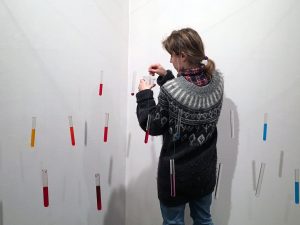 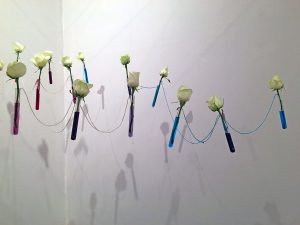 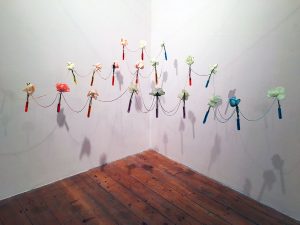 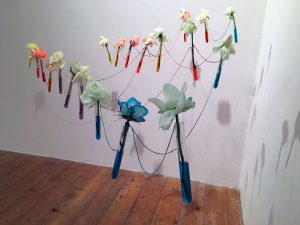 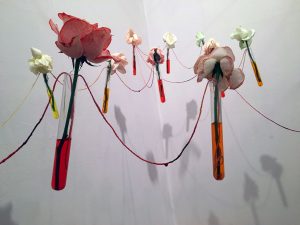 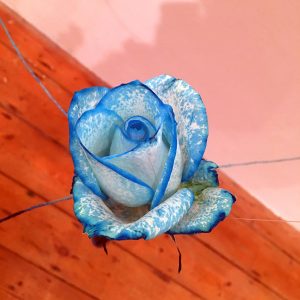 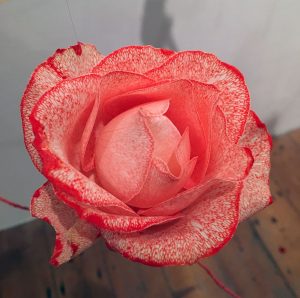